Dan Snowdall and I struggled with defining Democratic Relativism while simultaneously comparing the various models discussed in class over the last few weeks. We were completely flummoxed by the undefinable nature of the concepts we were discussing and have been challenged with giving the concepts some form. Coming from an undergraduate degree in Government as well as History and possessing general proclivities toward systems modeling I needed a picture. Today, we grappled with the various concepts and settled on the models and definitions as briefly listed below. We ask for comments AND CORRECTIONS if we are wildly off-base or confusing. We look forward to the discussion! 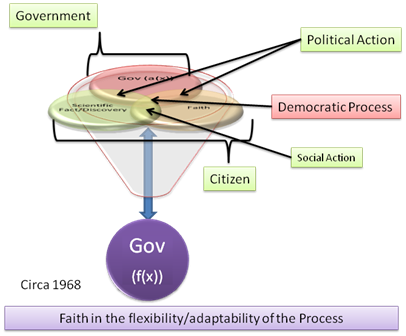 I'm a history need, a technologist, and represent only my own thoughts, opinions or comments on this site... not anyone or thing else. View more posts